Here’s the flow of how we have deconstructed and deduced the Union Budget 2020 for you with a focus on the ‘D’s as above offering you a perspective on each supported by government statistics on record .This a Three Part Scrip Standpoint , each of which is being send separately to reinforce the content

PART II ~ DEFICIT AND DEBT ~ Dancing with Deficit and are Sovereign Bonds the Solution? PART III ~ DISINVESTMENT ~ (Dis)Comfort with Complacency of a High LIC Valuation

Is the Union Budget a Non Event ?

The Sensex may react on the Budget Day as graphically shown below ,but going forward shrugs off this event sentiment and moves on, making the Budget more a Non Event 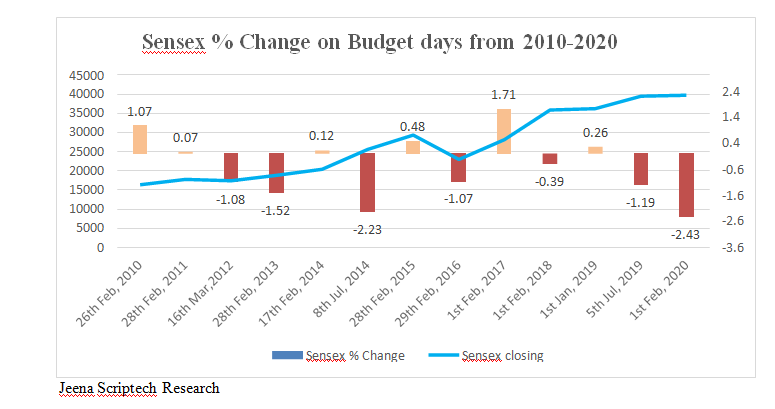 The Reason has to be the stark decline in the GDP Growth Rate in the past few quarters and it is concerning that the nominal rate (Real + Inflation) for this ongoing year is just 7.5% from the 12% assumed in the first Budget Estimates last year.

The FM had a tough job balancing the Budget against a Backdrop of declining GDP growth, rising Unemployment and declining Tax Revenues .There is an imperative need to stimulate both the Drivers of our Economy, Investment in Infrastructure and Consumption. Pre Budget, the Government had addressed the first Driver to stimulate Growth by

The First was a Promise made in 2014 ,but in our View ,given the worrying state of our Economy, it could have been deferred for at least another two years. The Second ,may look ambitious ,but is a much needed thrust though raising concerns of funding as the outlay of US $ 1.4 Trillion equals our current Total Government Debt .The Government focus is on raising Sovereign Debt which in turn, in our view raises even more concern which we have highlighted in PART II 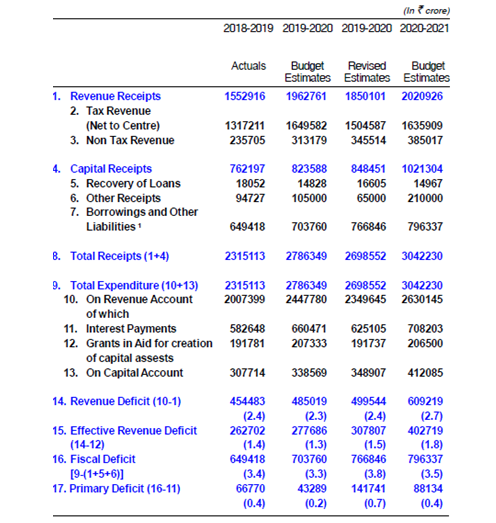 Here’s the clear Disconnect between the declining economic growth, Corporate Earnings/GDP and the rising Sensex 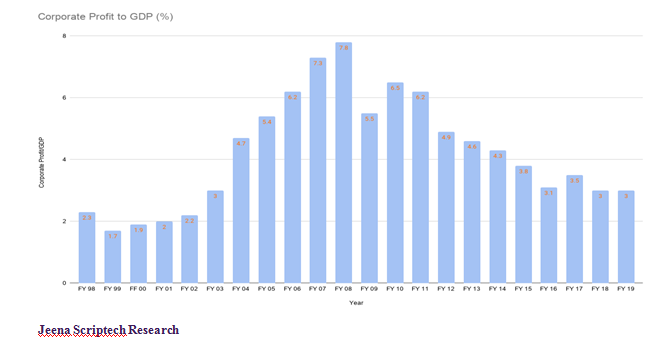 Think of Equity as a Table with four Legs being Valuation, Liquidity, Momentum and Sentiment

Despite an alarming decline in the GDP Growth Rates and the Corporate Earnings/GDP Rate as above, the Sensex has risen significantly.

Stock Markets Legs of Momentum and Sentiment have been driven up by the Leg of High Liquidity Inflows from Foreign Portfolio Investment (FPI/FII) and Domestic Mutual Funds (MF) as Statistics below demonstrate. 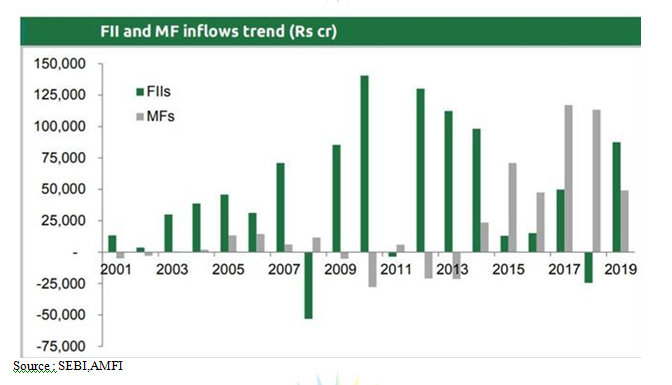 When have we had before, in a Financial Year in this Millenium ,where on a declining GDP Growth Rate,the Sensex has significantly risen ?

In our view, at 4.8% GDP Real Growth in FY 20, we are at a low base and perhaps may see a marginal decline for the next two or three quarters before we once again rebound and resume a sustainable upward momentum in the coming years

Our GDP will surely reach US $ Five Trillion, albeit not by the targeted FY 25 , and with  a prayer that the Rupee remains stable .Any significant weakening of the Rupee will take this target even further away