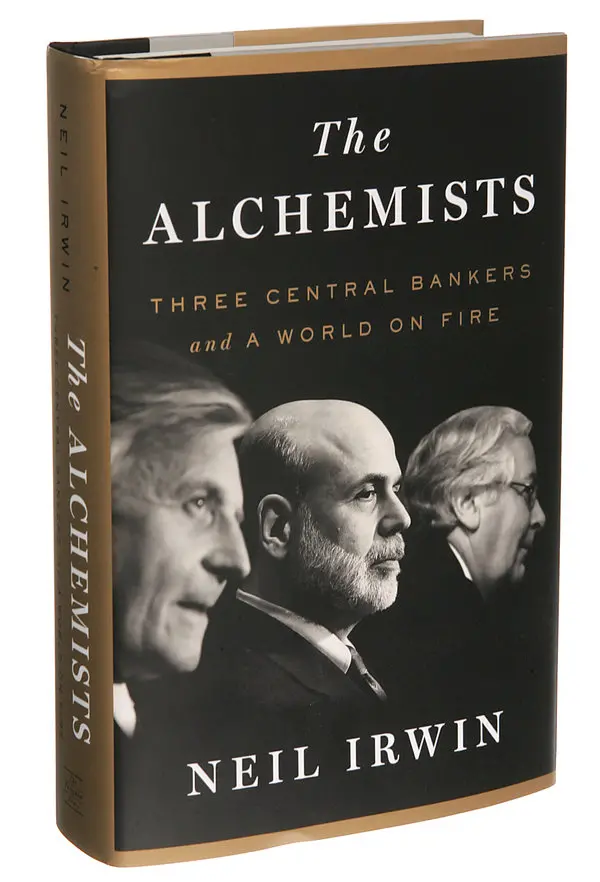 “We have a problem.” This was the call Francesco Papadia, European Central Bank’s market desk head in Frankfurt, made at 7.30 am on August 9, 2007 to his boss, European Central Bank president Jean-Claude Trichet, who was at the time on vacation at his family home in Saint-Malo on the coast of Brittany. The near-crippling downturn of the global financial system that unfolded over the next five years is by now well known.

The ‘problem’ that Papadia had called Trichet about was merely a symptom — this was the twenty-first century’s first major financial crisis. First published in 2013, Neil Irwin’s The Alchemists… is essentially an account of how the world’s three top influential central bankers — Ben Bernanke, chairman of the US Federal Reserve, Mervyn Knight, governor of the Bank of England and Trichet — dealt with this financial crisis in 2008. Irwin should know, given that he had a virtual ringside seat while covering this crisis for the Washington Post.

The author has sectioned the book into four parts, beginning with tracing the history of central bankers in Sweden from 1656 to 2006. It then moves on to discuss the 2007-08 panic, its aftermath in 2009-10 and the second wave in 2011-12. While readers might be drawn to the contemporary histories in parts two to four, it will be worth their while to pay attention to part one, which is a definitive chronology of how banking evolved through the author’s selection of interesting events. From Sweden in the 1600s and the idea of printing paper to create liquidity to the collapse of a bank in 1880s England and the ensuing revelations of analytical failures and fraud, the book comprehensively covers the history of the banking world. The author also writes about the influential First Name Club and how the Federal System evolved in the US.

The author then details how too much money, rising prices and hyper inflation — like in Germany post-World War 1 — and too less money and falling prices — like during the Great Depression in USA in the 1930s threw up a hard lesson: when central bankers fail, so do their economies. Irwin writes about 1971 and how president Richard Nixon forced Fed governor Arthur Burns to toe his line and unhitch the dollar from gold. The legendary shorting of the pound by George Soros, with the Bank of England trying in vain to defend its currency in 1991-92, is also covered, as is the return to the zero interest rate policy or ZIRP of the Bank of Japan and the quantitative easing measures introduced in 2001 to revive the economy.

Parts two to four cover the Lehman collapse in the US and its aftermath on the world economy, with some focus on quantitative easing measures adopted by the Fed. The chapter on the rising influence of the People’s Bank of China and its governor Zhou Xiaochuan makes for interesting reading, though his ranking and influence is not as high in China as for his counterparts in the US, England and Europe.

As the author states, “Whatever their perceptions or prejudices, central bankers all have an awesome power: the ability to create and destroy money.” Though it may not be as gripping as it has been marketed to be, this book certainly makes for a good read.