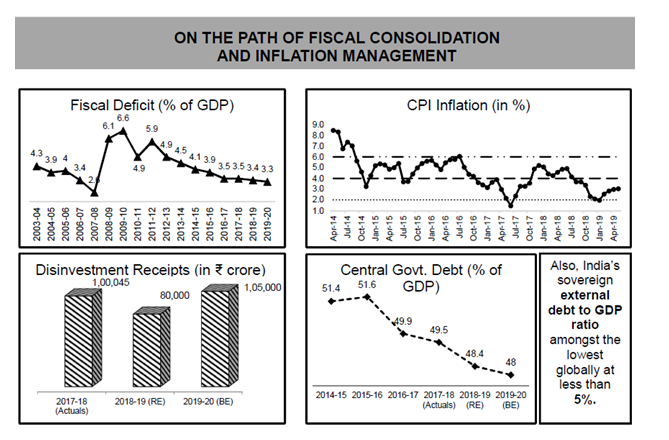 It took a Government Sacrifice of Rs 1,45,000 crs or US $ 20 Billion in Corporate Tax Revenues to create a 7x sacrifice surge in Market Cap of US $ 150 Billion in just two trading days!

It’s like the Government conceding to the Corporate Sector ” Hey Guys ! we’re transferring our Revenues to you as you’ll can put it to more productive use by funding an Investment Capex Cycle to stimulate more growth for better returns than we can through increased Government Spending “

What is clearly a Market Valuation Re-Rating Move, on the morning of Friday, September 19, 2019 India’s Finance Minister, Mrs Nirmala Sitharaman announced, what should be seen as a forced measure, a Tax Bonanza for Corporates busting the Tax Rate from an effective high of 34.94% for most to an effective 25.168% with no requirement for those who opt for this rate,  to pay the Minimum Alternate Tax which too was slashed to an effective 17% from  the current 18.5%. Another major tax incentive will be a Tax rate of just 15% for manufacturing companies incorporated after October 1, 2019 & who commence manufacturing by March end 2023

Such Tax Rate Cuts & Incentives announcements should have been part of the budget in early July. If one recalls since the NDA came to power in 2014, it’s always been their stated intent to reduce the Corporate Tax Rates gradually to 25%.Economic slowdown is a catalyst to this ‘one shot’ reduction now & that’s why it can be viewed as a forced measure

It’s a ‘No Brainer’ that Markets would instantly turn euphoric as back of envelopes calculations see the Nifty 50 Companies, whose aggregate FY 19 PAT was Rs 370000 crs, benefit by a clean Rs 27000 crs or US $ 3.8 billion in FY 20 on this Tax Rate reduction.Factor in Earnings Growth & the benefit is even higher.

FPIs who had relentlessly sold US $ 4.5 Billion Equity post budget from early July 2019 have once again began stocking up past two trading days

The ‘Brainer’ is whether such a move will stimulate growth by motivating Corporates to invest the tax savings in capex & an investment cycle which will create a Tax Buoyancy that will compensate year after year for the Rs 145000 crs tax revenue sacrifice the government states it shall incur this year.

Rajiv Kumar of Niti Aayog has opined that the Government will make up this loss of Tax Revenues through higher Non-Tax Revenues. We’ll examine these too a little later below

Sense is Yes ~ Sensex & Nifty will reclaim 40000 & 12000 sooner than later. We’re not too far away from all time Sensex intraday High of 40312 recorded a few months ago on June 4, 2019 ~ Markets are being re-rated on Valuations & Perspectives are shifting again favourably on Potential & Prospects going ahead. Leading FPIs & Major Broking Houses, after having downgraded just last month in August 2019, have once again upgraded their Sensex & Nifty Targets for December 2019 & March & June 2020 which of course are not to high from all time highs already recorded ~ This would be sensible ,given the unbridled optimism they all essayed at the beginning of this year of high Earnings growth in FY 20 ~ This would also sound some caution in the short term on current Indices Levels after this two days surge

So NOW? will this much brandished target of a US $ Five Trillion GDP by 2024/25 become a reality or will we have to await a year or two beyond this?

It’s being set up to achieve:

This should revive GDP growth & Inflation with the former moving back towards a real 8% from last quarter’s dismal 5%  & the latter move up past 4% from the current 3.1% to meet the projected nominal GDP Growth rate of  12% .All this should favourably address growing unemployment woes too to an extent

A Lower Rupee can be a bummer for Sovereign Debt. If one recollects how the youngish Chief Economic Adviser to the Indian Government, Mr Krishnamurthy Subramanian ( he took over in December 2018 from another Subramanian, Arvind who had resigned as CEA earlier in 2018 after a near four year stint),voiced in early July post Budget of embarking on increasing Sovereign external Debt as it was even lower than 5% of GDP, & categorically stating a strong appreciating rupee would make the repayment of such debt a win-win situation. Our Rupee ,except for a brief year in 2007 (created chaos in the Diamond Industry especially)  when it appreciated from Rs 49 to Rs 39 to the US $, has always depreciated & currently in the Rs 71 to Rs 71.50 range  to the US $

Government hopes to yet keep Fiscal Deficit as originally targeted at 3.3% of GDP by higher Non Tax Revenues than Budgeted for in FY 20…Let’s have a Look at an extract of the Revenue & Capital Receipts budgeted for  in FY 20 & how the Fiscal Deficit is being funded

Government would be challenged to keep the original Fiscal Deficit target in light of both GDP Growth not achieving the assumed 12% nominal growth for FY 20  & the sacrifice of Rs 145000 crs or US $ 20 billion made on account of just having announced slashing the Corporate Tax Rate by nearly 10% to effective 25.17%

In this context view the unprecedented transfer of Rs 1,76,051 crs or US $ 25 Billion that RBI was induced to make to the Government post Budget in August 2019 of which a portion is out of RBI Reserves of earlier years & which has not been considered in the Budget Exercise. The transfer includes Rs 1,23,414 crs of surplus for 2018-19 and Rs 52,637 crore of excess provisions identified as per the revised economic capital framework.This is thus a Bonanza of Non Tax Receipts for the Government on the shoulders of which it is confident of  not overshooting the Fiscal Deficit…well,if we do then you can bet a part of it will be funded by Sovereign Debt as current budgeted sources for funding the deficit shows there’s huge space here to do so

But what about next year & the years after ? Will there be a Tax Buoyancy on higher GDP Growth & wider compliance & base ?

Mind you, India continues to be confronted by challenges on the Unemployment & Liquidity front & Banking NPAs & with GDP Real Growth Rate dropping alarmingly to 5.8% in Q4 FY 19 & further lower at 5% in Q 1 FY 20% as slowing Manufacturing  & Consumption affect the numbers & sentiment.The Kashmir Lockdown continues from early August .Globally the threat of looming recession in USA & Europe & vulnerability & volatility of Oil Prices in wake of the recent Drone attack on Saudi Arabian Refineries continue to cause concern.Look for the ‘Turm-Oil’ post next soon.Remember how Oil had zoomed to over US $ 140/barrel in 2008/9 & knocked the socks out of the Indian Economy with fiscal deficit racing away to over 6% of the GDP for two years in a row as India continues to remain import dependent for over 80% of it’s Oil needs

If our Rupee does depreciate beyond manageable levels then we’ll just have to wait longer for doubling our Economy from FY 19 levels of US $ 2.6 trillion to over  US $ Five Trillion even if we achieve targeted nominal growth rate of 12%…flip side if the Rupee appreciates, as our CEA uses as a leg, to go in for Sovereign External Debt we’ll see a US $ Five Trillion Dollar economy sooner

For now raise a Toast to the Markets ! & stick to Core & Quality & if you need to put your neck out for those life changing potential multibaggers, ensure their risk weightage in your Equity Portfolio is in sync with your risk profile

1.Scrip code : 540545
Name : Bhakti Gems And Jewellery Limited
Subject : Corporate Action- Fixed Record Date For Bonus Issue
Sub.: Intimation for Record Date for Issue of Bonus Equity Shares Dear Sirs, With reference to the captioned subject and pursuant to SEBI LODR and applicable statutory provisions, this is to inform you that the record date shall be 07.10.2019 to determine the name of shareholders entitled for Bonus equity shares in proportion of 15 (Fifteen) bonus equity share for every 100 (hundred) fully paid-up equity share held. In respect of the equity shares held in demat or electronic form, the Bonus Shares will be Credited into respective demat account of allottees through corporate actions as per details furnished by National Securities Depository Limited and Central Depository Services (India) Limited for this purpose. The above disclosures are in compliance with the applicable provisions of the SEBI (Listing Obligations and Disclosure Requirements) Regulations 2015 (SEBI LODR) and statutory provisions. Kindly take the same on your record and display on your website