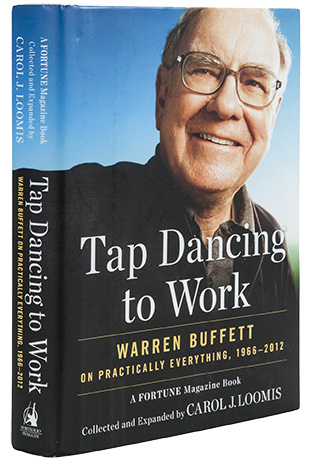 Believe me I read the Book in one Saturday Night Sitting till 2 am on Sunday Morning And I’m penning this quick review after a hearty Sunday Morning Breakfast!

For a Buffett Fans, this selected compilation of Buffett articles, some written by him and others by others, and his Annual Shareholder Letters is simply a must possess

The Inside Story of a young Warren Buffett

Warren Buffett was born in Omaha in 1930 ~ has had a fascinating journey with Numbers and Money right from when he was just a kid ~ he adored his stockbroker father Howard Buffett,who affectionately called him ‘Fireball’ ~ he memorized a book ‘One Thousand Ways to Make $1000’ and pictured himself to be the world’s youngest millionaire ~ he got his first books on stocks at the tender age of just 8! ~ at 11 he and his fried put out a horse racing handicapping sheet under the name Stable-Boy Selections! ~ he went on to try out all trading methodologies and at the same age picked up his first stock Cities Service investing US $ 114 of the US $ 120 he had painstakingly accumulated over five years in his bank account as shown in the maroon passbook ~ a bank that he later purchased! ~ at 13 he had to move to Washington from Omaha when his father was elected to Congress ~ he was homesick for Omaha and ran away and suffered drop in his school grades,even in Maths that was his favourite ~ till his father threatened to stop his newspaper delivery routes ~ At 16 he graduated from school and did two years at the Univ of Penn before moving to the Univ of Nebraska where in 1950 at the age of 19 he first read Benjamin Graham’s ‘The Intelligent Investor’ ~ In 1950 he applied to Harvard and was interviewed by a local alumni in Chicago who appraised him thus “a scrawny 19 year old who looked 16 and had the social poise of a 12 year old” ~ the interview was over in just ten minutes as were his chances of Harvard ~ this was a blessing in disguise as Buffett learnt that Benjamin Graham was teaching at Columbia and he successfully applied ~ here he met William Ruane,who runs Sequoia Fund today, and they became lifelong friends~ At the end of the school year Buffett offered to work for Benjamin Graham’s Investment company Graham-Newman, for free but Ben denied him the opportunity as Buffett humorously now states “Ben applied his customary calculation of value to price and said no” ~ However Ben Graham allowed Buffett to join him only in 1954 ~ Two years later Buffett moved back to Omaha in 1956 equipped with Graham’s learnings and set up Buffett Partnership Limited at just 25 with US $ 105000 funds from Family and Friends ~ 13 Years later in 1969 when he disbanded it (read below) it had grown to US $ 100 Million under management

In 1969 Buffett actually suggested to invest in Bonds and stay away from Equity!

In 1969, Buffett,39 at the time, returned the funds that had compounded 24% in thirteen years to Investors in his Partnership suggesting to them to invest in municipal bonds instead of Equities as he suspected the juice had gone out of the stock market and that sizeable gains are in the future going to be very hard to come by ~ “This is a market I don’t understand”

On misjudging Inflation in 1970

In 1970 Buffett contended that Inflation and Corporate Taxes will remain high and Corporate Earnings will languish at 12% ~ he underestimated Fed Governor, Paul Volcker’s resolve to break the back of Inflation

Ironically buying out Berkshire Hathaway was his worst mistake! 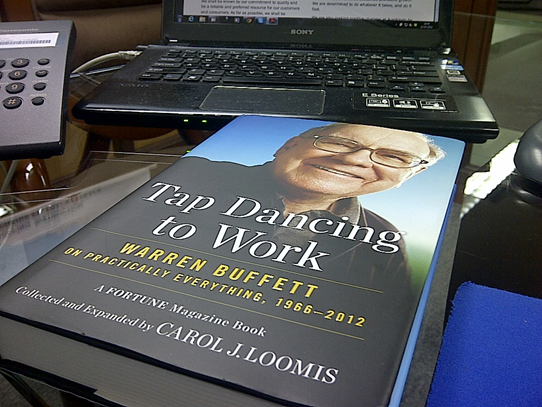 Ironically, Buffett’s worst Investment Mistake was his buying out a dying textile company Berkshire Hathaway in 1965 and trying to revive it ~ he describes this as a ‘Cigar Butt Approach’ where there is a Cigar Butt lying on the ground burning with one more puff left in it ~ you pick it up because you see it as free and cheap ~ but it’s a dying butt! ~unless you are planning to liquidate the company the approach is one of great folly ~ Berkshire Hathaway was transformed into a Holding Company that invests in Many Other Companies ~ today it is the flagship of Warren Buffett ~ and is assisted by just 23 persons in running it! ~ Of course the Companies invested in are run independently by brilliant managers ~as he wrote in one of his Shareholder letters “we are looking for large simple businesses(if there’s lots of technology,we won’t understand it) with consistent earning power,little debt,management in place (we can’t supply it) and an offering price.We will not engage in unfriendly transactions.We can promise complete confidentiality and a very fast answer as to possible interest – customarily within five minutes”

Some of Buffett’s gems from the 1989 Shareholder letter

“Good Jockeys do well on good horses,but not on broken-down nags”

“My behavior has matched that admitted by Mae West:”I was Snow White,but I drifted””

“Charlie and I have not learned how to solve difficult business problems.What we have learned is to avoid them….we concentrated on identifying one-foot hurdles that we could step over rather than we acquired any ability to clear seven-footers”

“It’s no sin to miss a great opportunity outside one’s area of competence.But I have passed on a couple of really big purchases that were served up to me on a aplatter and that I was fully capable of understanding”

In May 1984, Colombia University pitted the well known Academic,Prof Michael Jensen of the University of Rochester against Warren Buffett to debate the Efficient Market Hypothesis Theory ~ Jensen  began first expounding the virtues of EMH and asserting that the excellent investment performance of Warren Buffett and others could not undeniably be attributed to skill ~ the records could just have easily been compiled by luck  ~ Buffett then goes on to demolish Jensen’s assertion in his famous address “The Superinvestors of Graham-and-Doddsville” calling it absurd that the nine superinvestors achieved their performance purely by chance ~ they had done so in widely different ways with very few stocks being duplicated in each others portfolios ~ their value approach reflect the ideas of a common intellectual father, the late Benjamin Graham

On his Views on his Children Inheriting his Wealth

Says Buffett on leaving Wealth for his Children,Susan,Howard and Peter ~ all in their 50s ~ “enough money so they could feel they could do anything,but not so much that they could do nothing”

He disclosed in 2010 that apart from the US $ 10 million that they were willed by their Mother Susie on her death in 2004,he will be bequeathing US $ 15 million to each on his death~Their Foundations too have been gifted with over US $ 400 million each for deploying towards charitable causes and will rise gradually to reach even beyond US $ 2 billion ~ However most of his billions are now going to the Bill & Melinda Gates Foundation

This is Buffett’s wry comment on the fine and jail sentence imposed on Paul Mozer who precipitated the treasury auction scandal and his taking over the reins ~” Mozer’s paying $ 30000 and is sentenced to prison for four months. Salomon’s Shareholders including me paid  $ 290 million,and I got sentenced to ten months as CEO”

On his Coca Cola Investment

“If you gave me $ 100 billion and said take away the soft-drink leadership of Coca-Cola in the world, I’d give it back to you and say it can’t be done”

Warren Buffett quietly began buying Coca Cola in 1988 and continued till 1994 till Berkshire Hathaway now has a near 9 % stake through adjusted 400 Million shares at an investment of US $ 1.3 Billion at just under $ 3.25

Buffett also served on the Coca Cola Board till 2007 and was instrumental in making the Coca Cola CEO Doug Ivestor resign after just two years in the seat in 2000 telling him that he had lost trust in his leadership ~ Buffett also successfully argued against the next CEO Doug Daft’s proposal to diversify into non cola products and acquire Quaker Oats,which owned Gatotrade in a $ 15.7 billion deal by issuing Coke Stock

The Book chronicles so much more till 2012 including Buffett’ mockery of ‘Beta’ as a concept of Risk,his not looking at macro indicators when investing in Equities,his  investing $ 500 million in Petro China by simply reading the Annual Report and selling it off for a huge Profit inside years before it fell off a cliff,of taking huge losses in Conoco Phillips because of wrong timing of purchase in 2007 and 2008, and his Investment in another Chinese Auto Battery Company BYD because he believed in Dave Sokol’s enthusiasm even though he broke his own rule of not investing in what he did not know and he had no idea of cellphones and batteries,on him simply telling Sokol “Don’t make a habit of it” when Sokol lost $ 200 million on a bad Investment because of a new technology that did not work in the field,on why Sokol resigned on suspicion of Insider Trading on Lubrizol, having acquired the shares before proposing that Buffett too acquire them,on How Bill Gates,who was reluctant to come for the day spend,but had committed to his mother, and he met and became friends for life and how there is a 10 year bet that ends in 2017 between Protege Partners, a New York based Money Management Fund that manages a Fund of Funds and Warren Buffett ~ the point Buffett makes is that a passive low cost Index Fund will give better returns than a Hedge Funds after expenses and fees are deducted ~ the bet is between the performance of five selected hedge funds and the S & P 500 ~ so far both are on even keel.

Read the Book ~ It’s a fascinating insight into Warren Buffett ~ the Man and his Mindset and Methods.